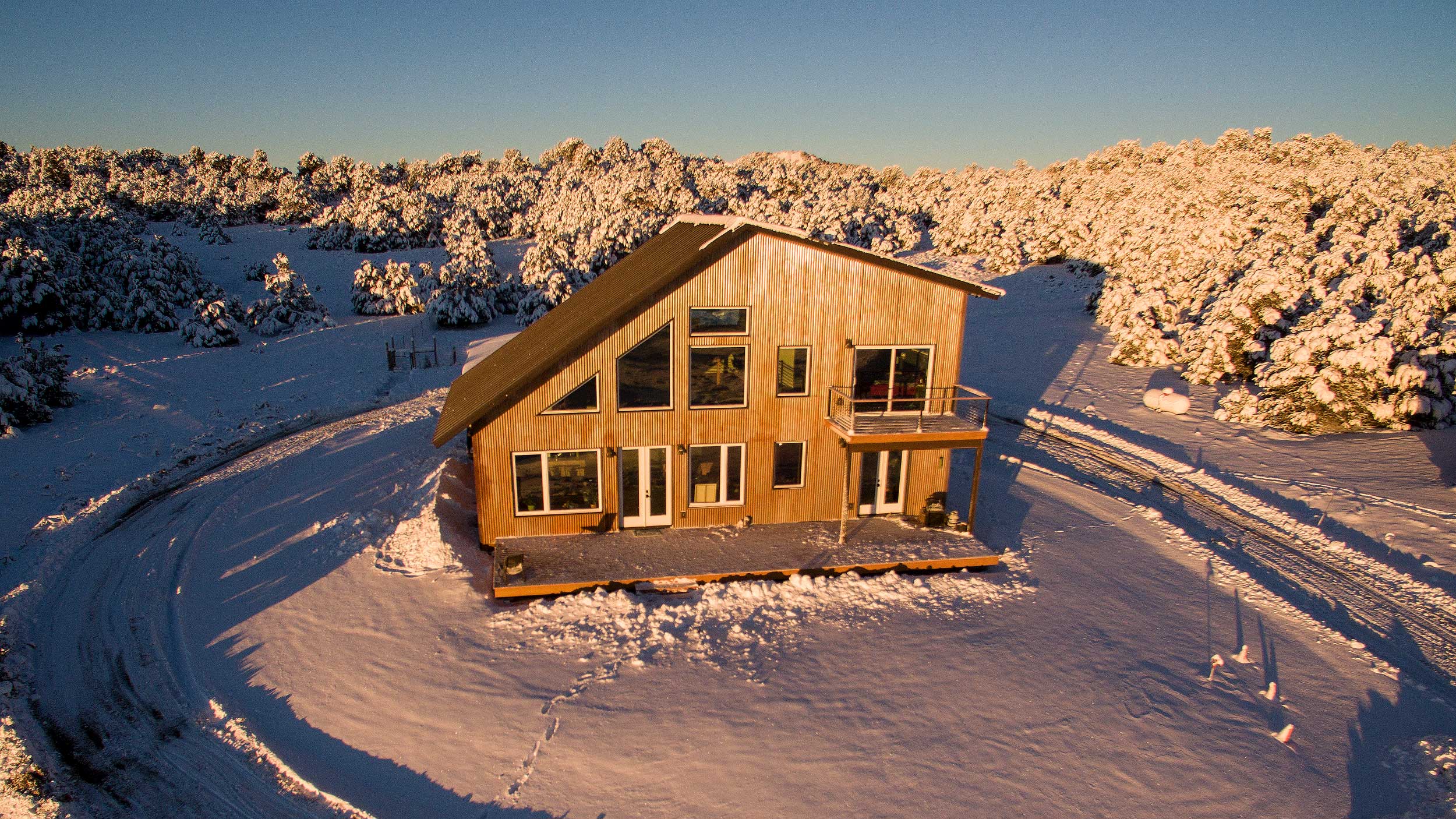 I wanted to get a sunrise shot this morning with my drone. The operating temperature for my drone is 32F and it was 0F this morning. I figured I should get at least a few minutes of operating time if I take the drone from the warm house outside and move quickly. I was wrong.

The first issue I noticed was that if I took my hand off of the control stick that makes the drone rise up the drone started dropping. Normally it will maintain altitude but not when it is this cold. The next issue was a low voltage warning even though the battery had 80% charge.

My first attempt to get some shots was a failure. I took it up and tried to get it into position for a photo but the warnings were going crazy. I really did not want to have to go fish the drone out of the snow so I flew it back onto the deck as fast as I could while avoiding crashing it into the house.

For my second attempt I put a fresher battery in and walked out to the front driveway of the house. I took off from there and started taking photos as soon as I was up in the air. Then I moved the drone south to get better angles for shots.

In the end I got the shot posted above and am pretty happy with it. Tomorrow I will try again with the batteries topped up to 100% and start from where I want to get the shots in.

1 thought on “Winter is here!”